Integrating High Schools, then and now

A generation of GLBT teens is in the process of integrating the nation's middle and high schools.  That's the truth of the matter..most GLBT teens in previous generations didn't come out in High School, didn't ask to bring same sex partners to proms, didn't demand equality.  This generation and their parents are, and apparently they are taking it on the chin.  Some are taking it so hard they are committing suicide, and you know many more must be succumbing in more moderate...but still very dangerous to their long-term mental health... ways to the depression which causes suicide.

In the 1950's-70's a generation of African American teens integrated often very hostile schools, sometimes in situations where adults were a part of the hostility, and, as far as I remember, there was no rash of suicides.  Depression and long term consequences of a difficult adolescence is harder to measure, of course, and non-experts like me wouldn't know about them.

Just as a for instance, I imagine that many Black teens believed that the abuse they were taking was in the service of something important for society.  Do GLBT kids feel that way?  If not....perhaps besides telling them that "it gets better", perhaps we should be telling them that they are courageous, strong, and the vanguard of a better world for us all.
Posted by Christine Robinson at Saturday, October 30, 2010 2 comments:

I have loved a few dogs in my life, but lately, I've od'd on them.  Not on the dogs themselves, actually, but on the role they seem to play in people's lives, which is attention getting/intimacy avoiding.

That really cute dog who jumps around, needs to be told to sit, given a biscuit, made to lie down, let outside,  let in again...told to stop barking....what that pretty much prevents is a real conversation.  We just chat about the dog.
Babies have a similar effect on the social life of parents of course, but babies grow up and the attention lavished on them is needed and worthy.   But people get dogs and let them rule their relational life on purpose.
You can, of course, have a dog to cuddle with AND have good friends...just put the dog in its crate or yard or back room when friends come, or train it to curl up and sleep and not insist on being the center of attention.
Posted by Christine Robinson at Monday, October 25, 2010 2 comments:

I went to a workshop in New Orleans last weekend and, among other things,  heard  about "thin" stories and "thick" stories.  Thin stories are stories about other people, and tend to be short on detail, on understanding what was really going on, on meaning.  Thick stories are about ourselves, what we wanted, meant, hoped for...much more useful.

With that in my mind, when the New Orleans cab driver started in on stories of rape and murder in the convention center during Katrina, thin stories and not even mostly true ones, I interrupted to ask him about his own  experience of the hurricane crisis...and he had an extraordinarily story to tell.
Although he lost his home and everything in it, he feels very lucky, because he had homeowners insurance and had an easy time getting both emergency money and re-building money for his destroyed home.  Most of his neighbors were not so fortunate.  Warming up to his own story, he told us that he had been a manager at WalMart at the time, and had evacuated to Baton Rouge.  When he presented himself to the management at WalMart, they saw to it that he was paid his salary and then, headquarters sent him back to New Orleans as soon as it was possible to return, deputized to find as many former WalMart employees as he could and issue them checks for $2,000.  He remembered with pleasure that he had been empowered to be helpful to others in that difficult time.
That was a story worth hearing, thick as molasses...and it's still sticking to me!
Posted by Christine Robinson at Sunday, October 24, 2010 1 comment: 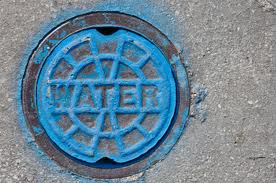 Today is Blog Action Day 2010, and the invitation is to blog about water...quickly becoming a limiting factor in our global life.

What to do?   The most important thing we can do for our local water supplies is to take a hard look at what we are using outside.  Appropriate landscapes, covering pools we use and filling pools we don't use, and sweeping with a broom rather than a hose are all things to consider.  The most important thing we can do to help people in other nations is cut down on consumption of imported meat.  Meat is the most water-intensive thing we eat and so often, the nations that produce it are allowing the rich to get richer by using all the water to produce meat to sell while the poor go without this necessity of life.
Posted by Christine Robinson at Friday, October 15, 2010 No comments: