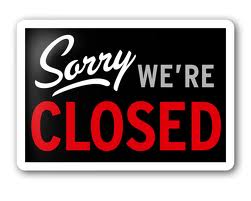 Let's quit privileging the practice of closing churches for the Summer.
This idea, which comes to us straight out of the pre-air conditioned centuries past, has it that it is necessary, ok, or even refreshing to close UU churches from Mid June to the week after Labor Day, that ministerial life-style must be centered around "summers off", and that it is funny to joke about how God trusts us to do this and assume that it does no harm.

I'm not saying end the practice...just quit catering to it.  Churches are free to do what they wish.  No doubt there are some old buildings which are insufferable in the Summer and just can't be updated.  However, we should feel sorry for those folks and see if we can help them upgrade to 20th century technology rather than letting them set the mind-set of our association.  No doubt some ministers' contracts are set in stone and can't be changed.  But instead of letting those folks drive ministerial practice, let's ask ourselves what's good for the people and communities we serve.

Last Sunday, the second week of August, was our Back to School Sunday in Albuquerque...because..school started here today, as it did in school systems all over the west and south.   We had a lively time of it, and...we had about a dozen visitors.  Some were traveling UU's, (who expressed their pleased shock at finding that the UU church was holds two services all Summer, and three starting the third week of August), some were people (UU's and newbies) who had just moved here and were looking for a church, some were just visiting.  Some will become members because, hey, we were actually open on a Sunday when they needed us.

Why has this church grown from 400 to 750 members in the past 20 years, a time when the rest of the denomination has barely held it's own?  Maybe because we're open when people are looking for a church?  Maybe because we give off the message, in this and lots of other ways, that we think that the religious quest is so important that we make it a year-round occupation to help people grow this way? Maybe because we know that people vacation year round and not, as they used to in New England, just go away in July and August?  Maybe because we aim to serve a population that includes working women, singles of all ages, people with only two weeks...or NO vacation, and the sort of working folks who don't get the Summer off?  Maybe it is just because, when they happened to brave their first visit to a UU church in August, there was a well-crafted worship service and a minister to meet.

Now, of course, UU churches can have any schedule they want to, so there will be no pressure to conform to this startling growth strategy.   But let's quit pretending that it's a good norm and sort of freeze it out of existence.

Let's quit talking about "start up Sunday" as if we all do that the Sunday after Labor Day.

Let's re-think the extraordinary idea that ministers, unlike any other class of workers except some University professors, should have two months of vacation and a month of accrued sabbatical leave each year. (UUMA Guidelines)

Let's put out a hymnal which has as many resources for Summer as for Spring and Fall.

Let's get enough sermons and worship materials on video, and enough churches video-prepared that one-minster and lay-lead churches can realistically have a high impact worship service every Sunday of the year.

Let's quit acting as if those UU ministers who work during the Summer are foolish martyrs and instead help the ministry conceive of work patters which give them time for study, preparation, and vacation, all through the year.


Rant Over
Posted by Christine Robinson at Wednesday, August 17, 2011 10 comments: 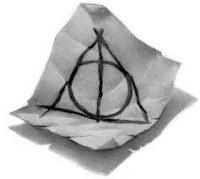 Posted by Christine Robinson at Thursday, August 11, 2011 No comments: